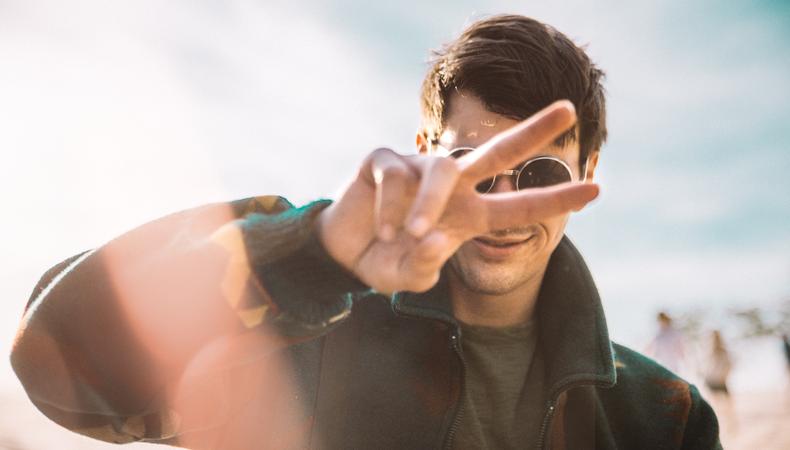 Dacre Montgomery’s audition for “Stranger Things” recently caught fire on the internet. I had many clients bring it up, saying things like, “It was crazy!” or “It’s unlike any audition I’ve ever seen!” To Montgomery’s credit, he’s a great actor and his commitment in that audition was a 10 out of 10. But it’s not his acting that people are raving about—it’s the fact that his audition was “crazy.”

What made it crazy? Simple: he was a rule-breaking machine throughout the entirety of the audition. He did whatever he wanted to do, including dancing around to Duran Duran’s “Hungry Like a Wolf” and starting/finishing his audition shirtless, with sunglasses, for no apparent reason.

While I wouldn’t recommend you start incorporating ‘80s music or random shirtless moments into your auditions, I do think there are a few wonderful takeaways from Dacre’s roguery, which you could apply to your own auditions:

Let me first make a very important distinction. I am not saying you should be disrespectful to the craft or the players involved. I am saying that you need to stop caring so much about what you “should” do or what casting is looking for. No one really knows what or who they’re looking for until they see it. If you’re constantly trying to abide by some ever-changing, subjective, outdated, unreliable book of rules, you’re going to drive yourself insane.

So don’t even play that game. Play your own game! The best actors I work with always do things their way. They’re not concerned whether myself, the casting director or anyone else “likes” what they’re doing. They come. They do their thing. And they’re done with it. We have a client who was fortunate to become a series regular on “The Walking Dead.” When asked what acting advice she most often applies to auditions, she referenced something I passed on to her early in her journey: “Have fun. Do your best. Forget the rest.” This might sound simple, but I promise you very few actors are applying all three of these elements to their auditions.

READ: Taking Risks: 5 Ways to Grow as an Actor and Person

I absolutely love watching our actors make outlandish choices in class. I even love watching them crash and burn. Why? Because I know they took a risk. I also know that every time they take a risk they strengthen their “risk-taking muscle.” The first key here is a willingness to fail. If you’re ever going to create something that is truly memorable, you must be willing to fail. More often than not, the line between failure and brilliance is much finer than people realize.

The second key to taking risks is having a relentless faith in both yourself and your choices. Faith might be the most important attribute you can have as an actor (or in life for that matter). It’s also the characteristic I find to be most often missing with actors. As you do with taking risks, you’ve got to practice your faith, giving yourself the opportunity to strengthen that muscle as well. When you have full faith in your choices you become almost unstoppable.


Every now and again, I get to be a part of the wondrous occurrence of an actor going all the way. And I will tell you, as a coach, it’s one of the most amazing parts of my job. When I watch an actor fully commit throughout the entirety of the audition, it’s as though I forget we’re even in the audition room. We’re simply two people having an undeniably authentic and compelling experience. Unfortunately, I only see actors applying their “all” about 10 percent of the time. Even with the good actors, you’re typically only going to get about 50-75 percent committal in the audition room. Simply put, most actors play it safe. The great news for you? If you fully commit to even a small part of your audition, it might just be enough to stand out!

I’m not saying any of this is going to be easy. It takes a ton of courage to swim against the tide. And it’s a heck of a lot easier to simply go with the flow or follow the pack. Master coach Tim Phillips said something in a class I took of his that I often reiterate to my students: The only person you need to justify your performance to is the character.

If you really want to be memorable, you’ve got to be willing to stir the pot, do the unexpected, and do you. You’ve got to have the audacity to be distinctive. If you’re distinctive enough, no one can be better than you. Not to mention, when you really stop caring, take lots of risks, and go all the way, I can promise you’re gonna have so much more fun along the way!