Backstage.com contributor and winner of the Readers’ Choice Award for Atlanta’s Favorite Acting Coach in Backstage Magazine, Erik Lingvall brings with him over 18 years of experience guiding and training talent, throughout the country. As the founder of Catapult Acting Studios, Erik has established himself as one of the go-to coaches for tv/film actors in the Southeast.

Originally from California, Erik currently resides in Atlanta, with his wife and two daughters. He is dedicated to guiding & connecting his clients to the right people & right path, always reminding them to enjoy the process as much as the product at the end. Erik is also the host of a brand new podcast The Unscene Work where he dives in with actors on all the ‘unscene’ work that takes place in the acting room.

Erik’s clients can be seen in projects like: Euphoria, Samaritan, The Adam Project, The Babysitter’s Club,The Walking Dead, Disney’s Bunk’d, Raven’s Home, & Dog with a Blog, The House With A Clock In Its Walls, FOX’s The Gifted, Nashville, The Hate U Give, Maze Runner, Noah, Daddy’s Home 1&2, Terminator Genisys, Batman V Superman, and many more. Catapult email: Erik@catapultacting.com 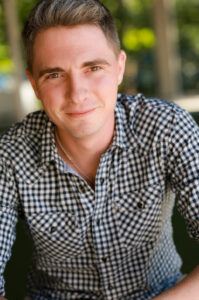 Born and raised in Evansville, Indiana (Go Hoosiers), Craig received his BA in Theatre from the University of Southern Indiana.  While in school, Craig was the Assistant Recruitment Director for the USI Theatre department, as well as performing in AEA contracts across the East Coast. Craig was also a National Finalist for Musical Theatre at the Kennedy Center during his senior year of university. After moving to Atlanta, Craig became a Vocal/Acting Instructor & Recruitment Director for a Performing Arts Studio located in Smyrna, GA. Craig is thrilled to be working as Catapult’s Studio Director and leading this team to great successes!  In his free time, Craig loves hanging out with his wonderful wife, Aimee, and their two cats, Benny and Sabrina.  Craig is a diehard Indianapolis Colts fan and an avid fantasy football player. Craig is also an amateur poker player, and can be found on the felt across Atlanta.  Craig believes in living by this phrase: Keep your fork, the best is yet to come. Catapult email: Craig@catapultacting.com 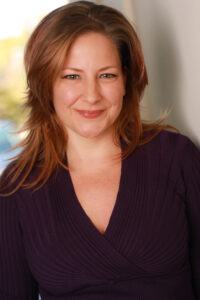 Christina is a former actress who studied Theater at Duke University. After graduation, she settled in Charleston, SC where she performed on various stages throughout the “low country.” Although she has since retired her acting hat, Christina still holds a deep love for the performing arts and enjoys expressing her creativity through writing, cooking and crocheting. Upon relocating to Atlanta in the Fall of 2022, she was thrilled to find a home among the Catapult Family where she devotes her energies to serving its amazing community of actors. She can’t wait to discover the incredible opportunities this community, and the Atlanta area, has to offer. Catapult email: Christina@catapultacting.com 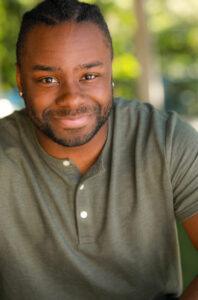 DaRiel attended Kansas State University for Track and Field and majored in Mass Communications. During his time at Kansas State, DaRiel was a part of two live TV shows that aired locally- Channel 8 News and an entertainment based show, MHK All Day. With a desire to transition from news to TV and Film, DaRiel started interning here at Catapult! He now works as the Studio Coordinator where he is the head of audition taping and equipment, while also managing Catapult on the weekends. Outside of the studio, DaRiel is also an actor who enjoys working out, hanging with his two dogs Midnight and Remi, and being with his friends on the weekends. Catapult Email: DaRiel@catapultacting.com 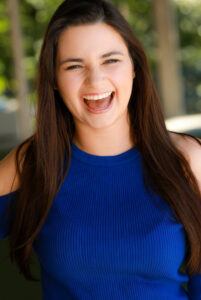 Madeline Marconi received her BFA in Theatre from Belmont University in 2016. During her studies, she received the award for “Distinguished Performance” as an actress in the Kennedy Center American College Theater Festival, for her work in the original devised work Alice. She also had an internship in LA with Sony Pictures Television in the casting department. She then fell in love with the film industry and decided to move to the ever-growing southeast market. She has been seen most recently in productions with The Vanguard Rep Theater here in Atlanta as well as the feature Our Dream Wedding. She is a taper here at Catapult as well as an in-house producer. She is super excited to be producing the brand new podcast “The Unscene Work” found on Spotify and Youtube! She is an expert in karaoke and dungeons & dragons, enthusiast!  Catapult Email: Madeline@catapultacting.com 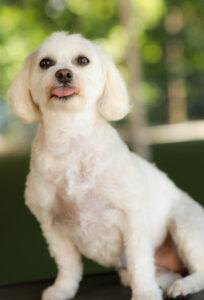 Georgia Lingvall is a 6 1/2 year old mix of all things good & sweet in the world. She lives in Roswell GA with her human family and spends her days at Catapult entertaining the actors and guests who come to the Studio.

Georgia is a health conscious pup and eats only the best organically sourced food to keep that smile white and coat shiny!  She is always ready for a headshot or Instagram story appearance! Georgia has learned from the best and is a confident girl!

She is not shy about showing off her own talents and will perform “circus dog” and “sit” or “lay down” on command or for a special treat.  Thankfully she is not lactose intolerant because her favorite food is cheese.

Georgia is adored by her many fans that come in and out of Catapult daily. She loves to play, especially with a sock or a squeaky toy, and sometimes gets a big case of the zoomies! (bio written by Catapult student, and Georgia super fan, Sofia S.)